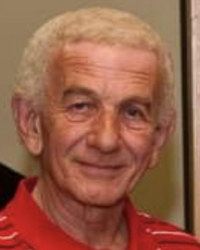 On Friday, October 21, 2022, George Hurley Cockman, III, loving husband, father, grandfather, brother and friend, passed away in his home in Hamlet, NC.
He was recently predeceased by his wife, Julia Singletary Cockman.

George was born December 8, 1948, son of the late George Hurley, Jr. and Lorine Howe Cockman. Growing up in the small town of Hamlet, he began preschool with many of the same friends he graduated with in 1967. These were friendships that he cherished throughout his life and enjoyed sharing memories of many fun times.

After serving two years in the United States Army, George completed his college education with a major in business/accounting. He eventually relocated his accounting business to Greensboro, NC where he worked until his retirement in 2021. Throughout his career, George maintained his strong work ethic and dedication to his clients. Even in this world of technology, George continued to travel many miles to meet with clients face to face as he felt this was still an important part of his service. As a result, many clients viewed him not only as their accountant, but as a true friend.

George married the love of his life, Judy Singletary, September 25, 1993. After living in Greensboro, NC for several years, they purchased their dream property in Browns Summit where together they worked hard in creating their own nature reserve of beautiful trees, flowers and huge gardens. It has even been said that George had a “green thumb” and grew the best tomatoes and sweetest grapes this side of the Mississippi River.

There is a saying that the heart of a father is the masterpiece of nature. George had a huge heart and was a wonderful, loving father, and grandfather. He was an ever-present force of love, support and guidance in our lives. He taught us many life lessons, but most importantly to trust and believe in our Lord and Saviour, Jesus Christ.

A Memorial Service to celebrate the life of George will be held on Wednesday, November 2, 2022 at 11:00am at First Baptist Church, 208 Charlotte St. Hamlet, NC.