Receive notifications about information and event scheduling for John Frank

He was a veteran of the US Army and worked in construction. Mr. James was a private man , an avid NASCAR fan and his children, grandchildren and great-grandchildren were his pride and joy!!

He is preceded in death by his parents; his step-mom that raised him from age two, after his mother’s death, Mary James; his siblings, Bo James, Doris Ann James, Barbara Miller and Rose Ward; and his three children, Harris, Steve and Wendy James.

Due to Covid-19 restrictions the family plans a Celebration of Life for Mr. James at a later date.

Print
A Celebration of Life at a later date

Honor the life of John Frank James by planting a memorial tree.
Plant a Tree in Memory of John Frank
Planted in the area of greatest need

Frank was my uncle (my father Bo's brother). I didn't know him very well because I live in California. I do remember him when I was a child at least 55 years ago. Even though I live so far away, he had a special place in my heart. I will never forget Uncle Frank. My heart goes out to the family for having to deal with him being sick from COVID 19. I can't imagine what you went through. I get comfort knowing that he is with his father, mother, siblings and children again. There are so many relatives that I never met. I am praying for all the relatives and friends he left behind.
Comment | Share Posted Jul 19, 2020 at 03:03pm via Condolence
MJ

Got to spend the most time with Umcle Frank when I was still in middle school and he would come over and watch NASCAR with me and Grandpa.
RIP
Mark Jones
Comment | Share Posted Jun 01, 2020 at 07:25pm via Condolence

Provide comfort for the family of John Frank James with a meaningful gesture of sympathy. 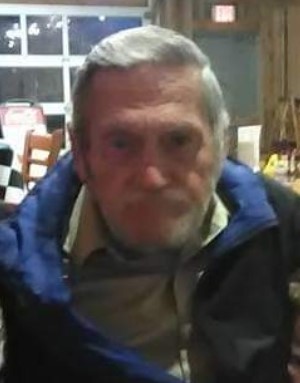 To share your memory on the wall of John Frank James, sign in using one of the following options:

Provide comfort for the family by sending flowers or planting a tree in memory of John Frank James.

Provide comfort for the family of John Frank James with a meaningful gesture of sympathy.