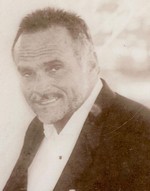 Mel was a loving Husband, father, grandfather and son. In addition to so much love he had for his family and wife, the things he most enjoyed was a Harley Davidson, being at the beach and his English bulldog Leroy .
Mel fought a courageous battle with his wife Trina by his side. In the comfort of their home, Mel passed away peacefully, surrounded by love. While gentle and soft spoken, Mel was a friend, a loyal friend. He was never too busy to be there or offer a helping hand to anyone in need. As his grandson, Levi, once said, He’s the man; He’s the Mel-man! Mel was a veteran of the US Air Force and later owned and operated Mel’s Pawn Shop.

He is preceded in death by his parents, James B. Alexander and Linnie Cox Alexander Walker; and a sister, Sue Dawkins Futrell.

A private Service for friends and family, will be held by the Family, at a date to be determined.

The Family wishes to thank Community Hospice and a special thank you to Peggie Sue Knight and Pam Williams for all their help, care and compassion.