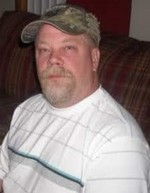 He was born in Richmond County, July 1, 1964, son of Robert Thompson and Barbara Brooks Chappell.

He was preceded in death by his wife, Teresa Cribb Thompson.

A Memorial Service will be at a later date to be determined by the family.